We spent more than six hours at the Rijk Museum today and although we didn’t see everything we did manage to see lots of fantastic art.

We saw some of my favourites. It is always exciting to see, in person, paintings that I have admired in books for years…

and I found some new favourites.  There were so many great Dutch artists that I have never seen before. 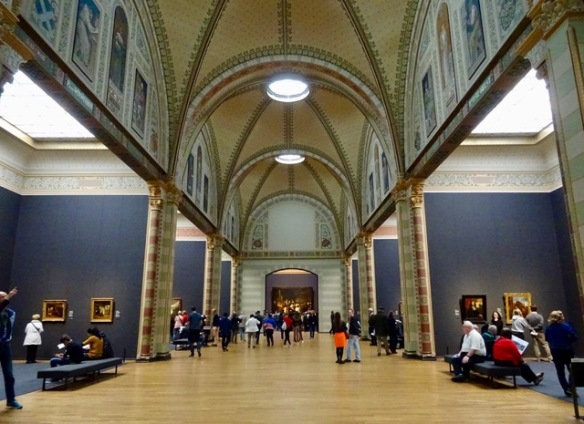 This is the Gallery of Honour and at the far end is Rembrandt’s Night Watch. 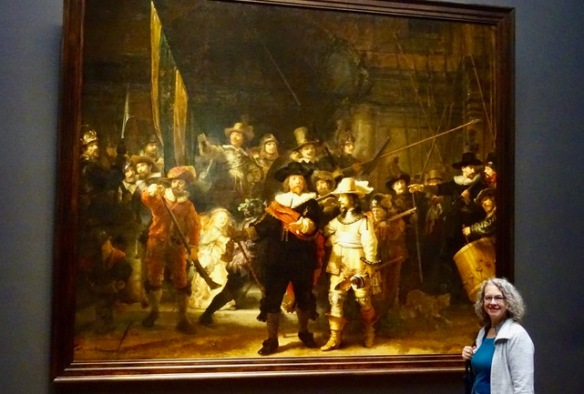 Both Bob and I remember this painting from our last visit to the Rijk Museum over forty years ago. 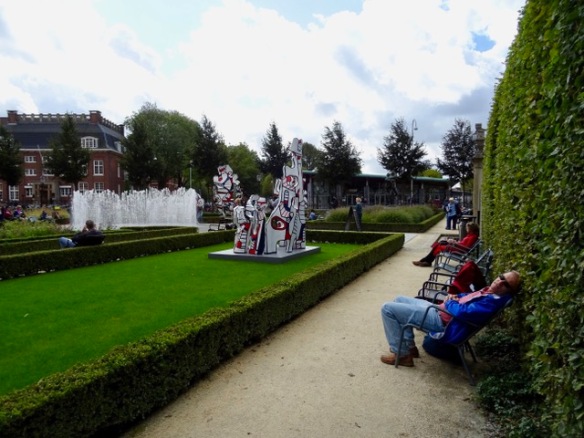 Bob had downloaded a museum app so we had a bit of a treasure hunt following their 90 minute guide to see what the museum considered their top works of art. It was a bit of a whirlwind trip through the museum and we retreated to the gardens outside to have our lunch. Bob also had a little cat nap…

and I checked out the playful fountain.

Any idea what all these doors are?  Check at the end of the post for the answer.

The museum is a nice mix of paintings, sculptures, furniture and other historical objects. 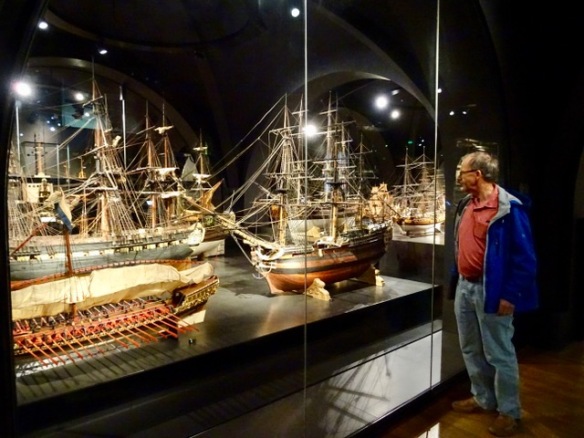 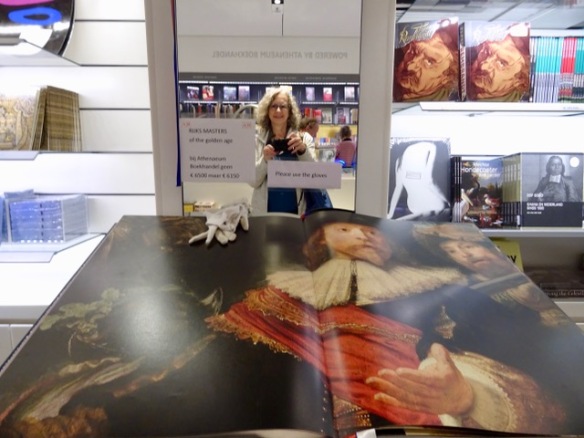 I always like to look in the museum shops although I seldom buy much.  This book was pretty amazing though. The white gloves at the top of the page give an idea of its size, and only a bit more than €6,000!

On the way home we are surprised at how few cars are on the roads.  It is after 5:30 and everyone is coming home from work, but so many people ride bikes that there just aren’t that many cars on the roads.

But there are so many cyclists, of all ages.  Notice that no one wears helmets. Parents often carry two children on their bikes, one in front and one behind. I also saw several children standing up on a carrying rack above the back tire, holding on to their parent’s shoulders!  I tried to get photo of this but they fly by so quickly I wasn’t able to get one.  Now that didn’t look at all safe to me.

Here are some more parents with babies in front. No helmets anywhere to be seen. So different from home.  Even the motorcyclists here go bare headed.

When we get home there is an email waiting for us that KLM has cancelled our flight tomorrow. Bob thought I was joking when I told him about it.  I don’t know what is going on but that is the second flight that we have had cancelled this trip and we have only been gone a week! Apparently there is a big wind storm expected tomorrow so they cancelled all their flights.  After a rather stressful three hours on the phone we manage to get rebooked but not until Thursday, so we have to stay another night here in Amsterdam and we lose one of our days in Zagreb, Croatia, which is our next stop.Too bad but that is the way it is.  We were lucky though as our current Airbnb host says that we can stay here one more night so we didn’t have to try to find somewhere else to stay.

Answer to the earlier question about the hallway of doors.

It is the women’s washroom.