We are going to Murano today to visit the Museo del Vetro (Glass Museum). On the way we pass the Cemetery Island but unfortunately don’t have time to stop and explore. We both quite like very old cemeteries.

Murano is like a little Venice, but it is much quieter and has a lot fewer tourists. 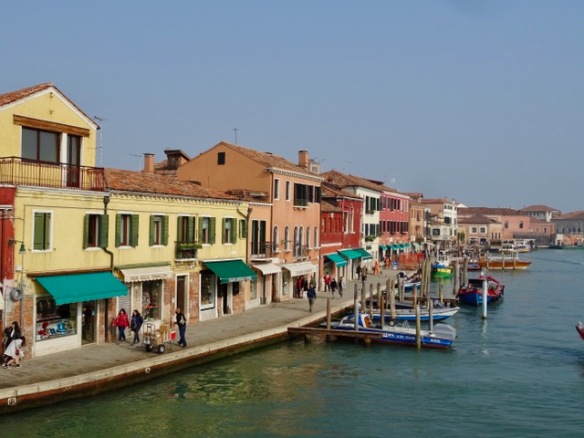 We visit the Glass Museum but we aren’t able to find anywhere to watch a glass blowing demonstration which was a bit disappointing. The glass pieces below reminded me of marbled paper. Bob is standing behind a table centrepiece which is a huge formal garden made completely of glass.

There was a modern glass exhibit and we took this photo reflected in one of the pieces. 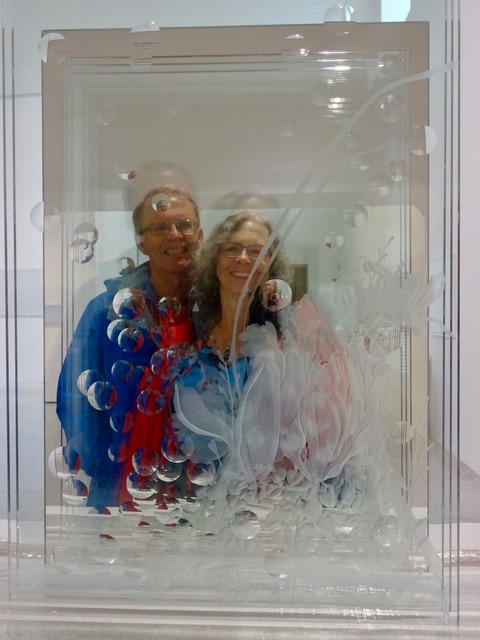 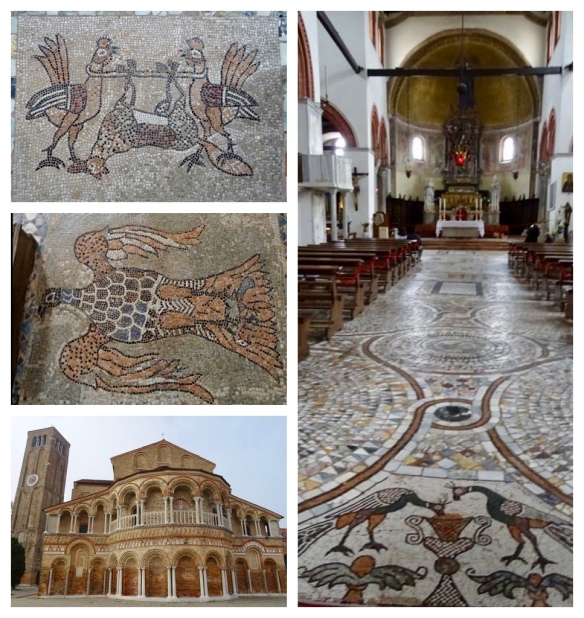 We didn’t stay too long in Murano as we planned on trying to visit three museums today. We take a vaporetto (water bus) back to Venice and travel down the Grand Canal on the way to the museums.  Come along for the ride. 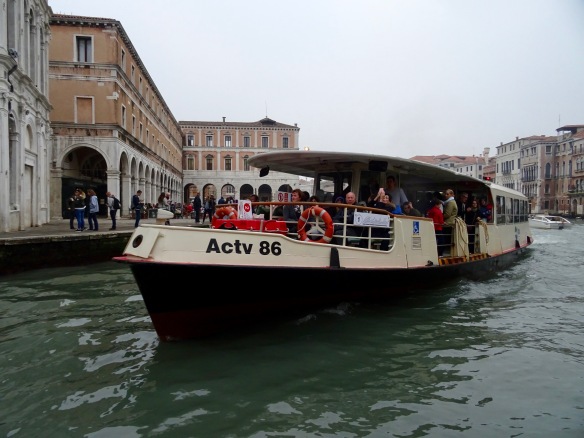 There still isn’t any sunshine which is a shame. The pictures would look so much better if the sun was shining, but there isn’t much I can do about that. 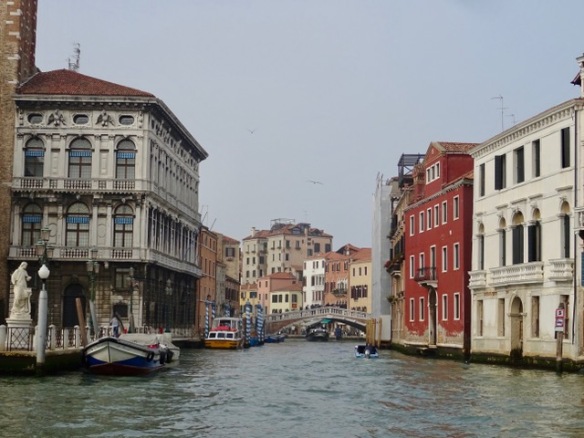 This is one of the few place that has any greenery along the canals. There aren’t many trees and plants in Venice, at least not along the public areas. I think that there must be private gardens but we don’t get to see those. 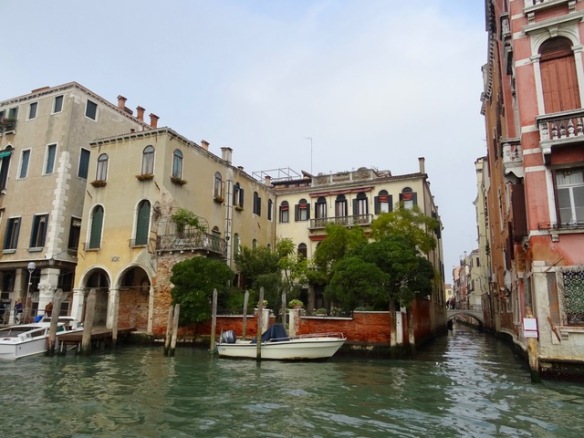 These giant hands called ‘Support’ rising from the sea to grasp a building are a commentary on global warming by artist Lorenzo Quinn. They are a rather startling sight. 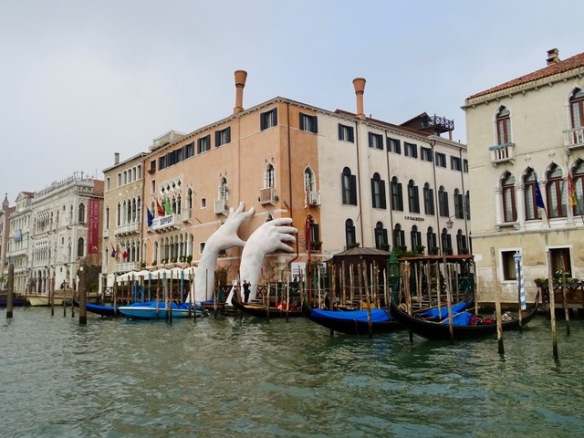 There are gondolas everywhere…

and we see how someone moves their furniture in Venice.

There are several interesting sculptures along the Grand Canal.

The colours of the buildings are quite beautiful. There are so many shades of rust, ochres, yellows, pinks and reds… 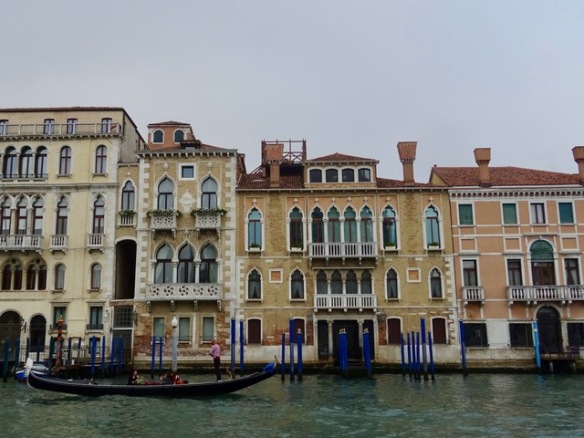 The gondoliers are everywhere, on the canals and…

moored along the banks.

We have already walked over the Rialto Bridge a couple times. There is a lovely little handmade book store there that has a beautiful sketchbook I covet. It is rather expensive but I may just decide to treat myself.

Four ambulances pass us on the Grand Canal. They have very shrill sirens and the boats on the canal stop for them, just as cars on the road do for an ordinary ambulance.

We never did get to visit the museums we planned on seeing today as they were closed for a union members meeting! We took a vaporetto across town to some other museums only to discover that they were closed as well, so we called it a day and headed home.

6 thoughts on “Murano and Venice”