Thursday we stopped at Cremona on our way to Milan. Bob wanted to visit the Mouseo del Violino which tells the story of five centuries of violin making in Cremona including the violins of Antonio Stradivari. I wasn’t sure it would be all that interesting but I did enjoy it as well. 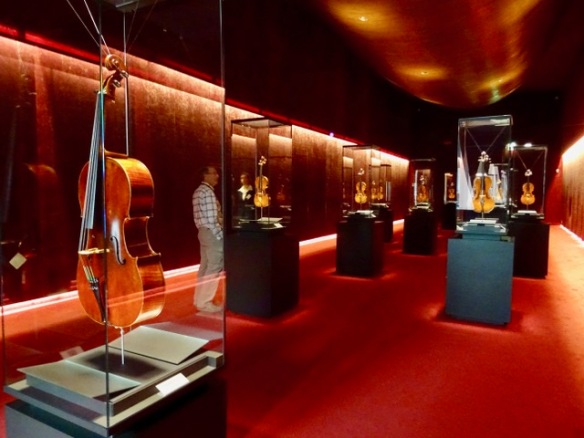 Bob was surprised and pleased to discover an exhibit on guitars as well. This guitar was made by Stradivari in 1679, and it is the only one of his guitars that is still playable of the five remaining today. The frets are made of sheep gut tied around the neck of the guitar. This guitar has five double strings instead of the six strings of modern guitars.

There was a room full of instruments, and when we punched their number into the audio guide we heard the instrument being played. It was a really nice feature, and we listened to several of the violins and these violoncellos, some of which were from the 1600’s. 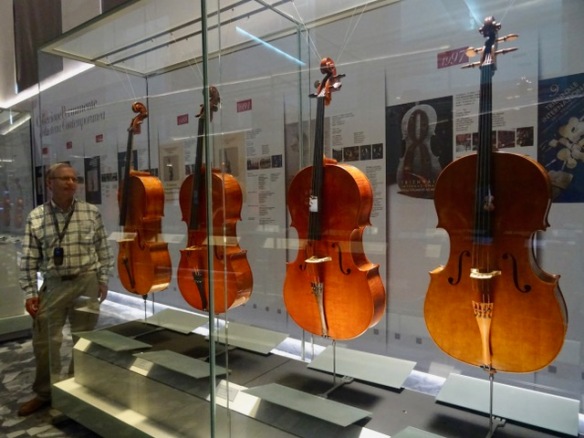 I took this photo for my daughter. She has a cello, but it isn’t quite as fancy as this one from 1639 made by Piero Galbani.

This is the Cremona Duomo and its bellower, which is said to be the tallest Medieval tower in Italy. Unfortunately both were closed so we didn’t get a chance to visit either of them. 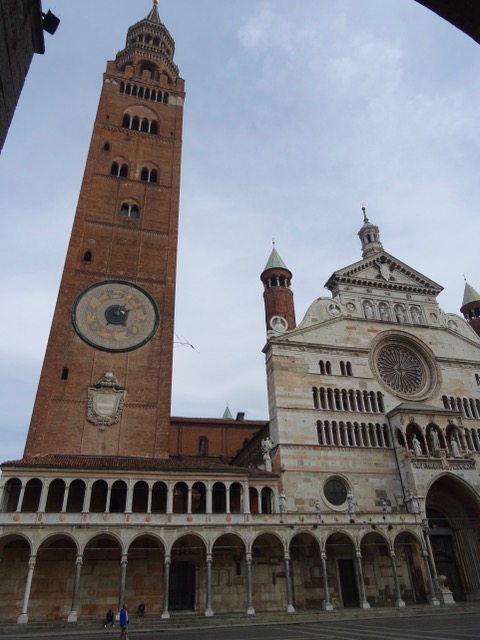 There are still several violin shops near the Duomo, in the same locations as in the 1600’s. Here is one of the shop windows we pass on the way back to the car.

All the side streets are paved with the old cobble stones and marble paving stones .

We arrive in Milan about 3:30 and it took forever to find a place to park our car.  The free parking for our bnb was on the street. We ended up parking bit further away and then moved our car closer later in the evening when there was a space available. We get settled into our Airbnb. and we are both rather tired and happy to stay put for the rest of the day.

I had a much needed ‘jammie’ day and Bob checked out the metro and got us tickets to the Milan Duomo, which is one of the largest Gothic churches in the world. We wanted to see Da Vinci’s Last Supper which is known here as Cenacolo Vinciano. That is actually the reason we added Milan to our travel itinerary but I totally forgot that someone told me we needed to reserve tickets online well in advance. Well, they are all booked up until sometime in late December! I guess we will have to try to return some day if we want to see it. 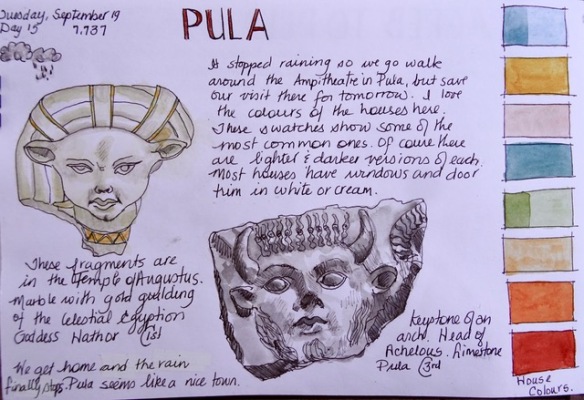