We arrived at the Galleria Dell’Accademia with our tickets for 11:15 and a very kind guard let us in a half hour early.  Our first view of David is pretty wonderful.

We walk past Michelangelo’s ‘prisoners’ forever trapped in their unfinished state, on our way to David.

There are a lot of people but we take a photo, me and David!

David is even more spectacular than I remember from our visit in 1980, although when we were last here there was no barrier between us and the statue. Of course that was before someone took hammer to David’s left foot!

This 17 foot tall masterpiece is mesmerizing. 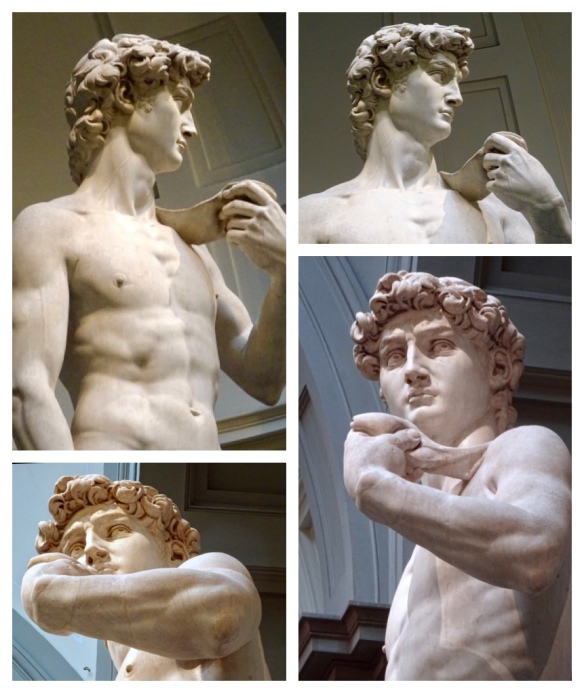 I sit and draw David. It is still a bit intimidating to sit in public and draw, but people were very kind and very curious about what I was doing. I was aware that there was usually someone standing behind me, watching and taking photos and many people came up to talk to me and ask if it was OK to take a picture. One lady went and got her parents to come meet me and another woman looked at my drawing and said “God Bless You!” Bob wandered off to an exhibit of musical instruments so that I had time to sit and draw. 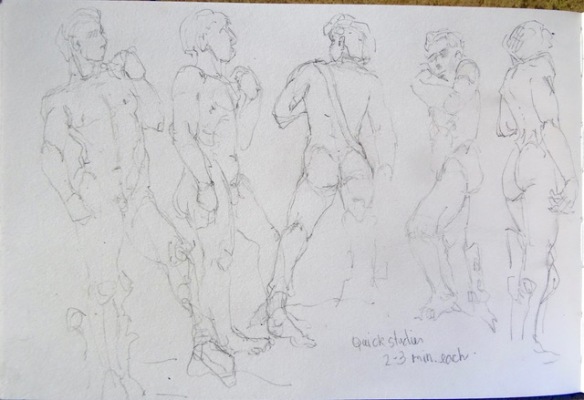 We spend a bit of time going through the rest of the museum. This room full of plaster casts was amazing.

There are several more rooms with beautiful iconographic paintings… 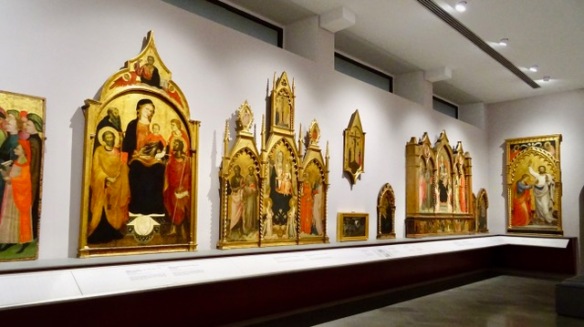 and a fifteen foot long embroidered altar cloth for the main altar of the Santa Maria Novella Church from 1336. This was the work of one man. I can’t even imagine how long it would take to completely cover such a large cloth in the embroidered stitches. 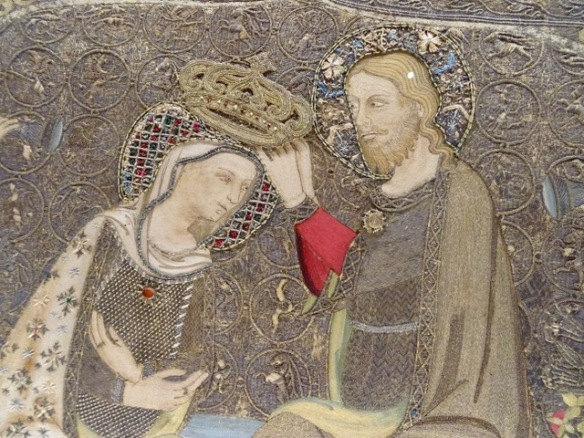 In the evening I attend a life drawing session at the Florence Academy of Art in the evening. I planned on arriving early to introduce myself and get settled, however our bus was almost 40 minutes late so I arrive about 15 minutes late. That was quite stressful. I decided to ‘christen’ the nice new sketchbook that I bought in Venice.

Unfortunately I also had to leave a half hour early because there was going to be a transportation strike starting at 9:00 and it is too far to walk home.  I still enjoyed the session even though I wasn’t all that happy with my drawing.  I met a couple very nice artists, including a woman from Smithers B.C. who was attending a six-week workshop at the Academy.