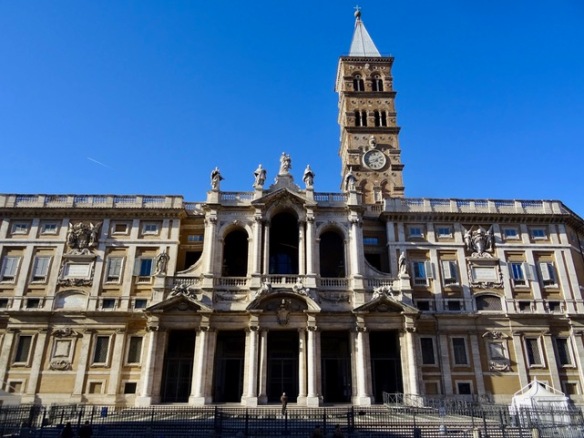 It still has the original colonnaded triple nave, lined with panels of rare 5th Century mosaics. The ceiling is thought to be gilded with the first gold brought back from the New World, which Isabella and Ferdinand of Spain offered to Alexander VI of Italy. It is a definitely a magnificent ceiling!

This is one of the 5th Century mosaics which line both sides of the main nave above the pillars and below the windows.. 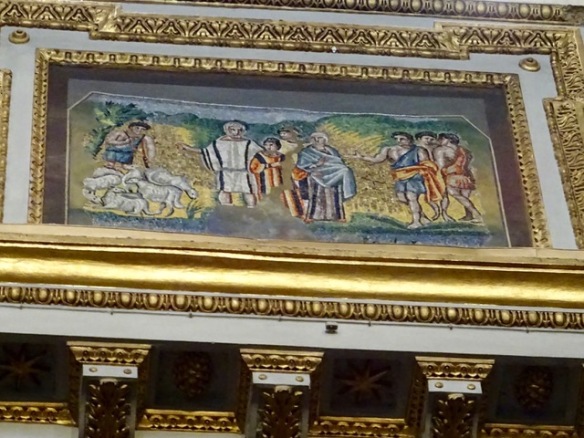 One of the side naves. 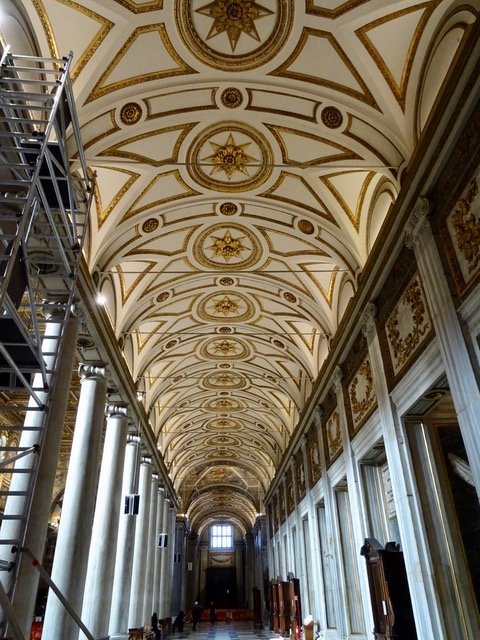 The altar and apse which is covered in mosaics from the 13th Century. 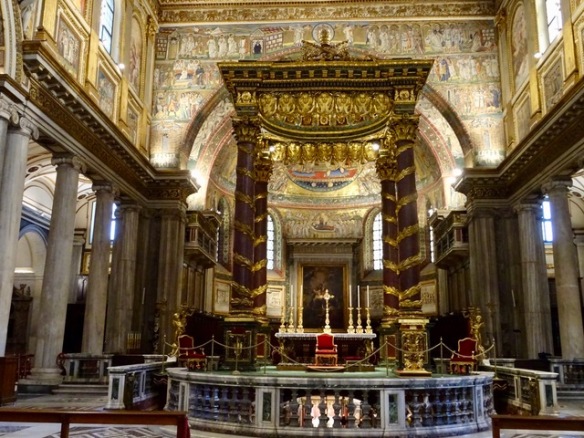 Just in front of the altar there are stairs leading down to a crypt. They are on either side of the marble railing in the photo above. In the crypt is a massive statue of Pope Pius IX kneeling before a reliquary shaped like a crib, which contains ancient wooden pieces of the manger where Baby Jesus was laid.

I saw a family bring their newborn baby to this crypt. The whole family prayed, lit candles and made a video of the occasion. The view up into the church is amazing, but then pretty much anywhere I look here is amazing. 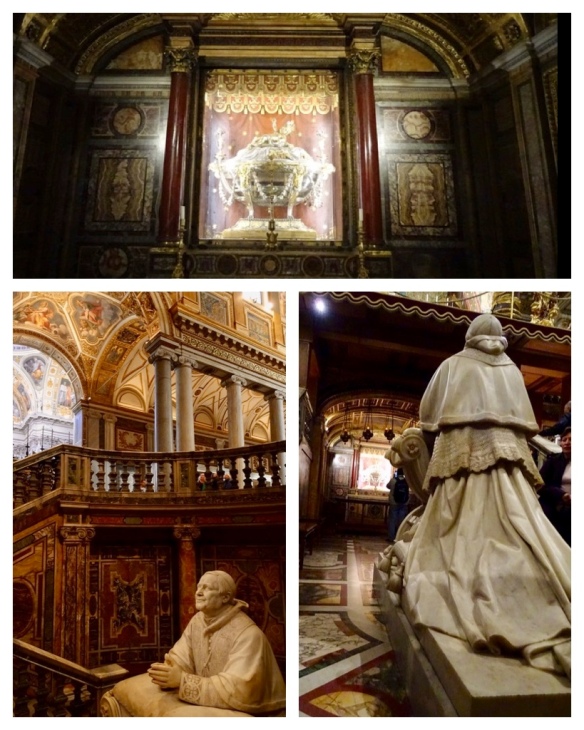 Another view of the mosaics behind the altar.

This little section of framed marble looked like a strange face when I first saw it. 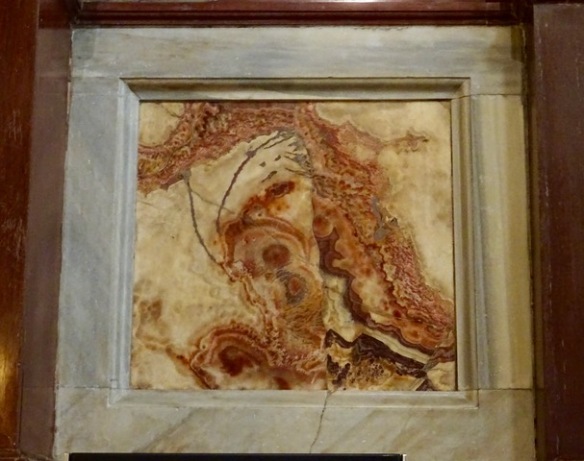 One of the many side chapels. 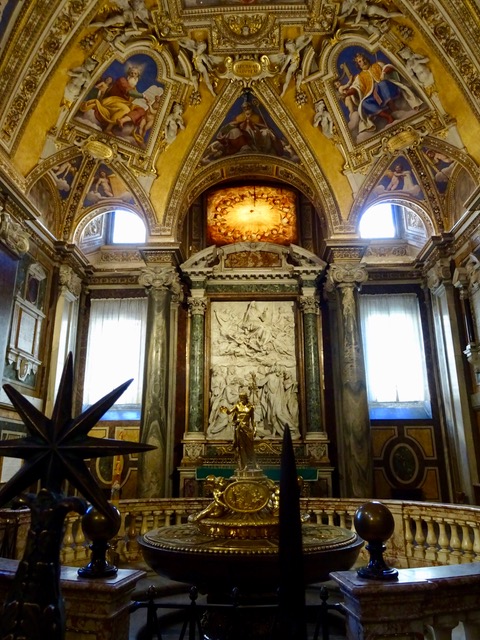 This is another side chapel. I tried taking a panoramic shot that shows the chapel back wall and the dome above. 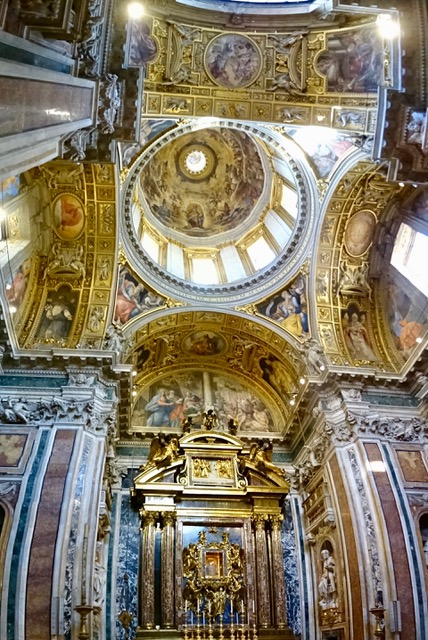 Rome is fascinating. We never know where we will see another ancient building or ruin. We walked under this part of what I think is the old City wall on our way home. 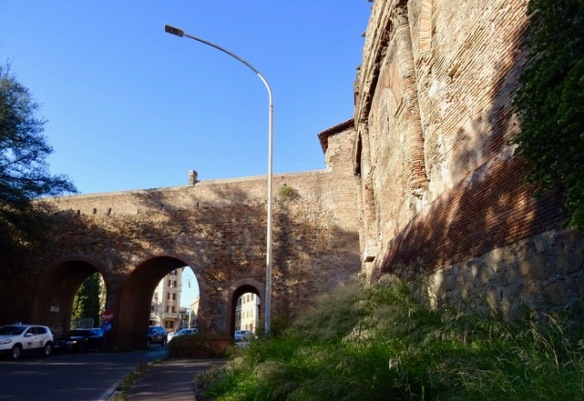 Pretty much everyone in the city lives in apartments. These seven story apartments are near our bnb. There are sixteen apartment buildings just in this one complex! No wonder there is no parking anywhere. 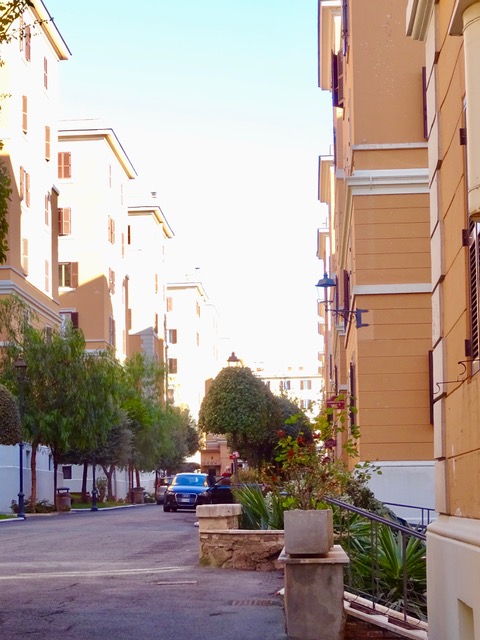