I loved the sign on this shop we passed on our way to the Hundertwasser House. 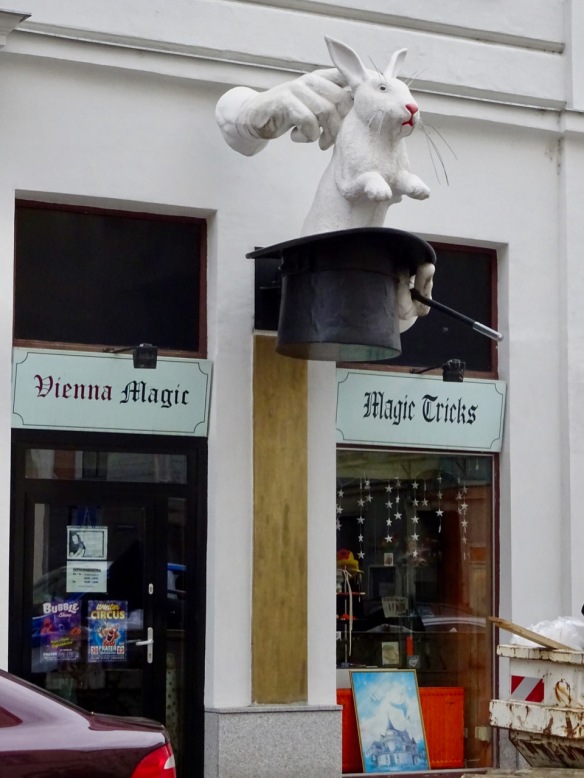 The Hundterwasser House attracts a lot of attention.  More than 200 trees and shrubs on the balconies and roof terraces make the Hundertwasserhaus a green oasis in the heart of the city.

Here are some views of this unique building which was built between 1983 -1985. 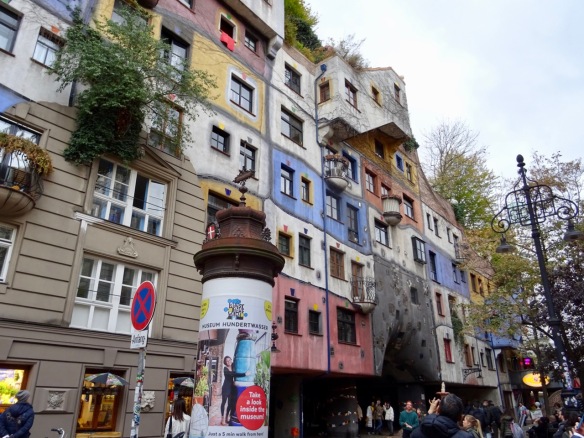 I wonder what the inside of this tower is? 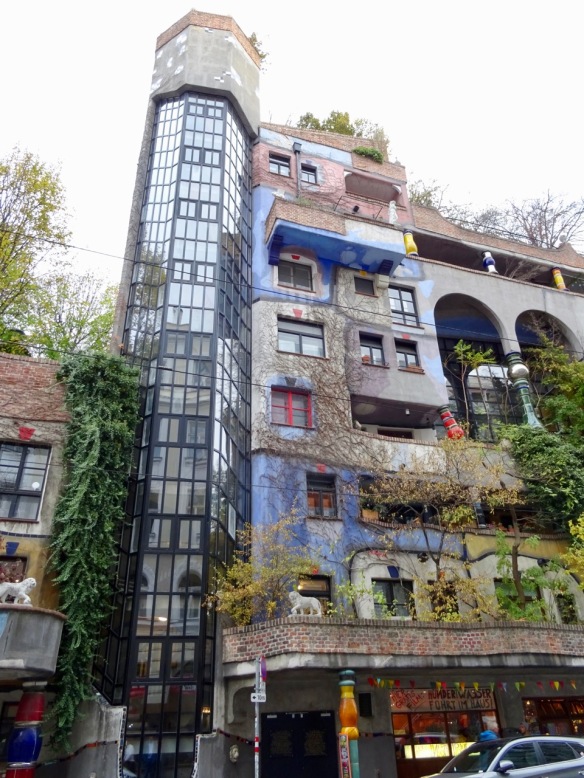 Every window in this building is different from every other window! Anyone who lives in the Hundertwasser House also has the right to decorate the façade around the windows entirely to their own taste. 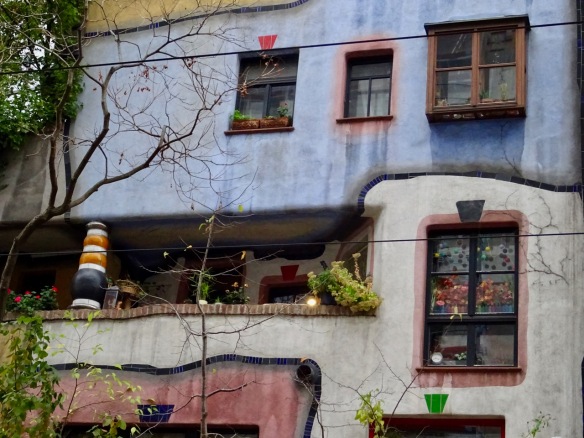 This fountain is nestled into the undulating ground around the building.

There are is many interesting buildings in Vienna.  I don’t know what this building is but it has huge golden globes on the roof. 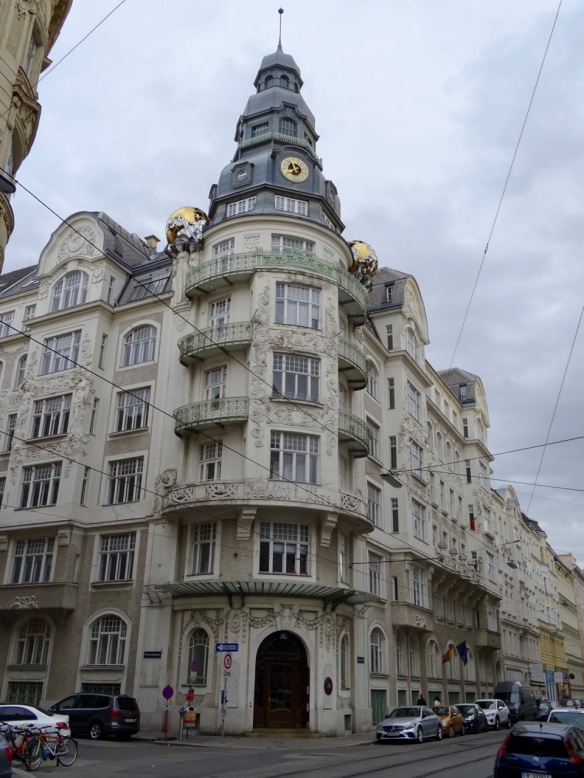 We walk along this canal and find a bench on its banks for our afternoon tea.

On our walk to the Prater we pass this interesting building mural.

The Prater Amusement Park has been in the same location since 1766!  It is free to enter the grounds.

This is the first ride we see and it looks crazy enough, but… 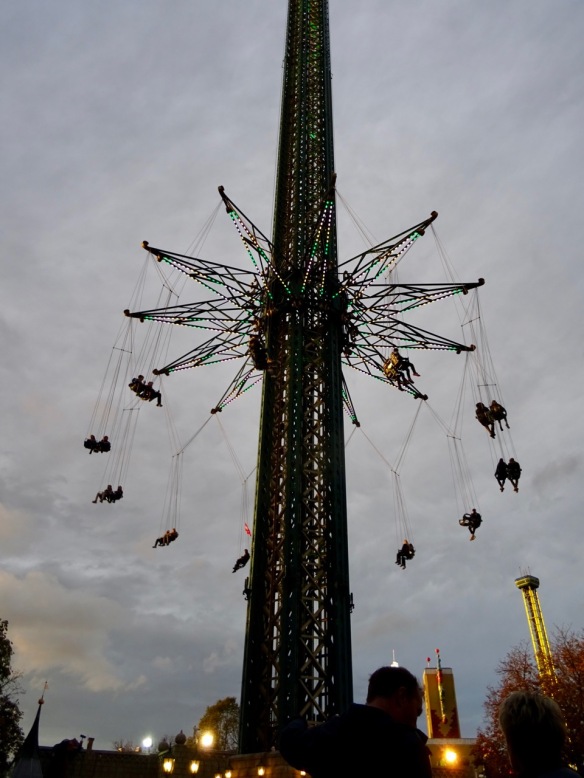 take a look at how high the swings go!  We could not believe what we were seeing!  It didn’t even look like this tower should stay upright, it was so tall and narrow.  Absolutely insane!!

and this ride not only goes upside down, but spins around on the end at the same time!  Yikes!! 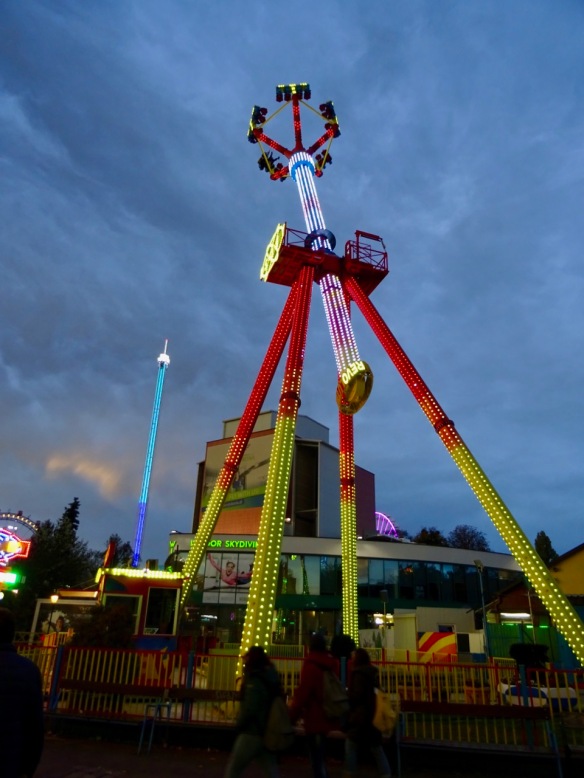 Then there is this ride…do you see those legs dangling on each end of the long arm that spins around high above the ground?

This tower shoots people to the top and then drops them very quickly towards the ground.

If you like rollercoasters you might want to try this one,,,it flips you upside down as you ride…

and this swing also turns upside down periodically as it flies through the air.  Do you detect   a theme here? 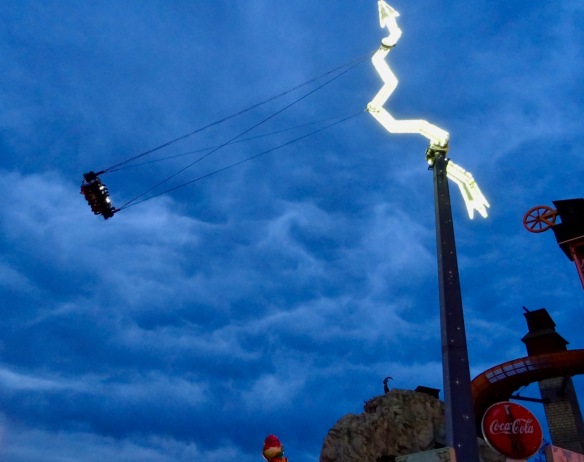 The grounds are huge, with an area for children rides that we don’t even get to, and lots of fun houses and scary ghost houses.

I’m not sure who would buy tickets from this fellow! 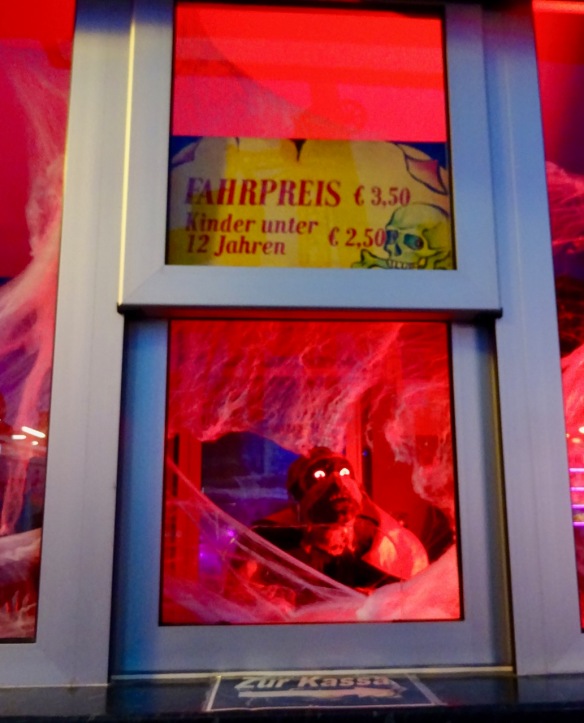 There is a Ferris wheel, among some of the ‘tamer’ rides… 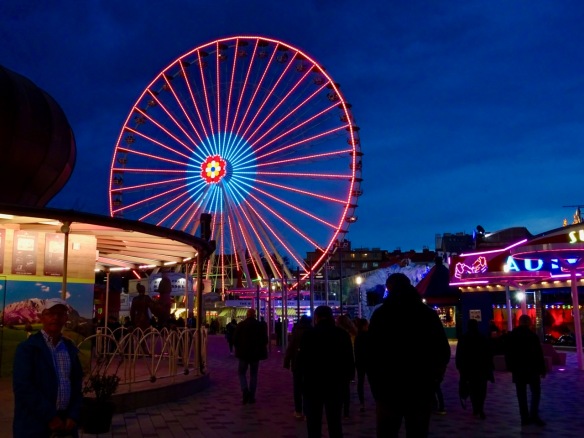 which I try out! 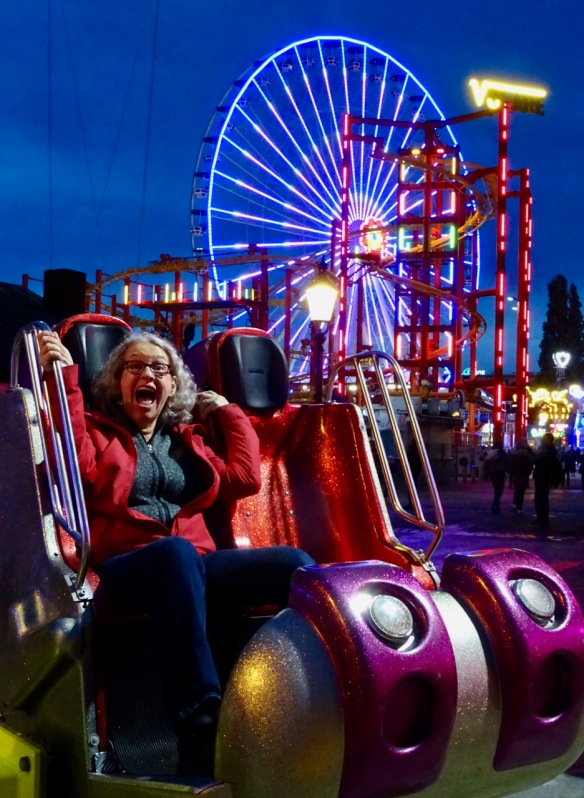 The Giant Ferris Wheel was erected in 1897.  It has been in several Hollywood films, such as “The Third Man” with Orson Wells and in the James Bond movie “The Living Daylights”. 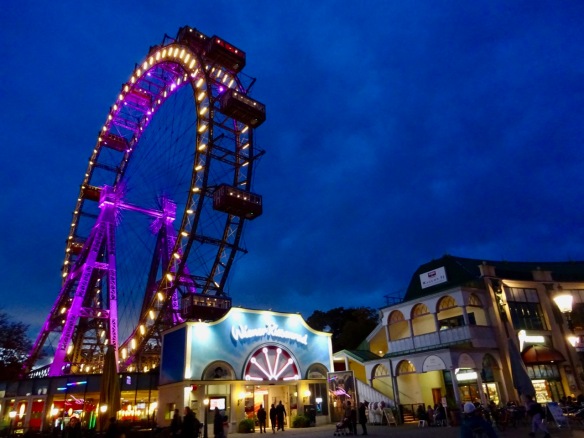 The diameter of the wheel is almost 61 meters, and the entire iron structure weighs 430 metric tons.

Its cabins offer a wonderful view of the city and the Prater.

Here is one of hte cabins going over the top of the wheel.

The wheel turns slowly and our ride consists of one revolution which takes almost fifteen minutes.

it starts to rain after our ride so it is time to head home. We get home at 7:00 and realize that I forgot about a life drawing session at 7:30.  I am tired and It is too late to make it there in time.  Too bad, I was looking forward to going, especially after Thursday’s session was cancelled because of Halloween.

6 thoughts on “The Hundertwasser House and the Prater Amusement Park, Vienna”