I attended another life drawing session at noon today.  Quite a different model from the one we had yesterday.  Not exactly sure how to describe her, perhaps ‘earthy’?  She made me think of some of the descriptions of models from the Impressionist’s time, many of them were dance hall women, or women of the street.  She had that bit of crudeness to her, an awkwardness almost, and she scratched and shifted her body about in a way that most models do not. Even her wrap was rather tatty and not all that clean, and she wore big black boots with her flimsy sarong wrap during the breaks, quite the combination.  Interestingly, she also seemed to be carrying on some sort of quiet conversation with herself, and would make rather strange facial expressions, as though in response to someone or something. She was certainly interesting to draw though. The first drawing is a 20 minute pose, the other three poses were 5 minutes each. 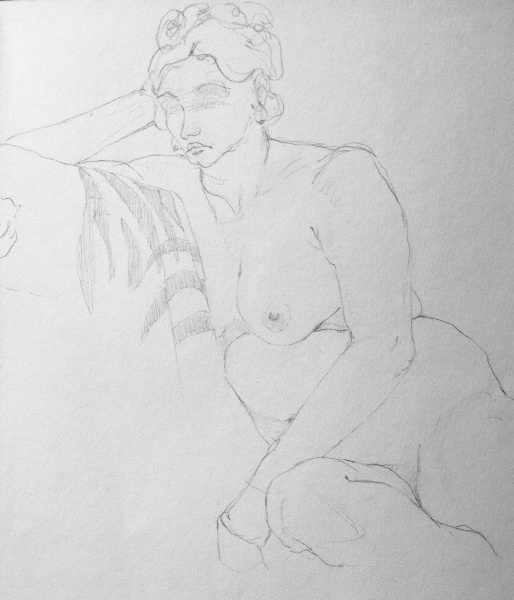 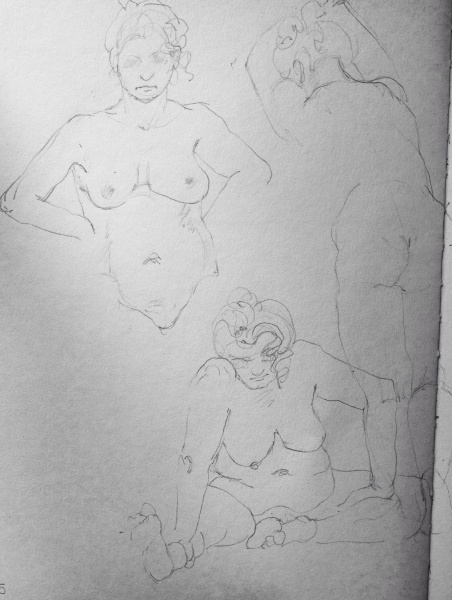 These stone steps at the Académie have seen countless footsteps over the years, wearing the stone away.  I love this evidence of the past and all the artists who have been here before me. 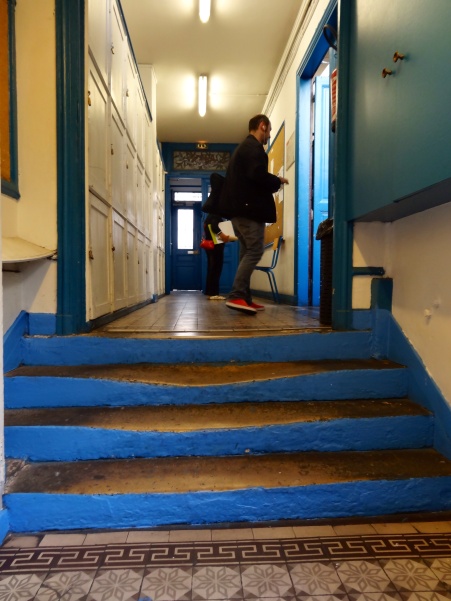 I didn”t have the best drawing session today though, my body has been giving me a bit of grief and it was being particularly bad today.  This morning I found an osteopath who speaks English, with the help of the internet. I used my new phone (for the first time) and made an appointment with her for later today.  She was very nice, and has her Canadian citizenship, as she lived in Canada for ten years before deciding that she missed Paris and her friends and family.  She worked on me for about an hour, so I am hoping to feel better soon.   I will likely go back towards the end of the week for another treatment.  I would love to be able to do two drawing sessions back to back, but have not felt up to doing so yet.

Coming home on the train from Giverny the other day,  I actually got up the courage to draw one of my fellow travellers.  The guy sitting beside me kind of watched what I was doing, and gave me a little smile when I finished. 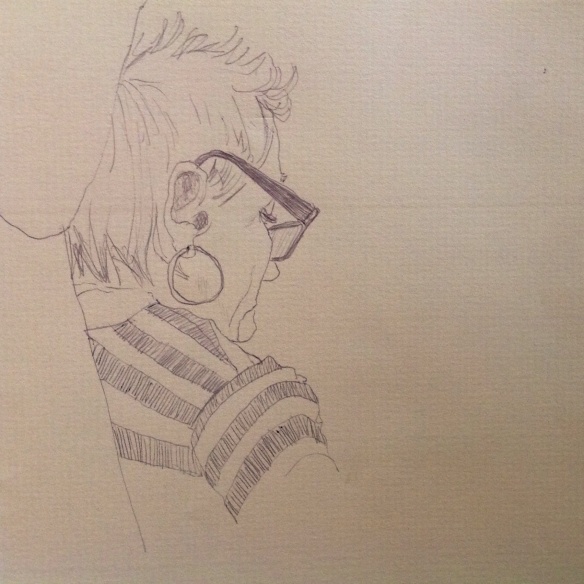 The train ride was very smooth and quiet, a nice way to travel.  While waiting on the train platform in Giverny,  one of the high speed trains came flying by, and I do mean flying!  It made me and several other people jump. I didn’t even hear it approaching it was moving so fast and by the time I figured out what it was, it was out of sight!  Wow!  I can’t even imagine travelling that fast.   It was mind boggling, and there certainly was no chance to get out my camera for a picture!

I want to draw on the Metro too, but it is bumpy, and very busy, so I haven’t been brave enough to try.  It is amazing how many people ride the Metro and how often the trains run. The most I have had to wait was three minutes, when I had just  missed the previous train. Imagine, a train runs every two or three minutes on every Metro line in the city, and they are all full of people!

4 thoughts on “An Interesting Model”