We are still in Merda and we are going to visit ten Roman Ruins today if we follow Bob’s schedule!

Today’s title is from one of the plaques from the Amphitheatre yesterday.  Bob wanted me to use it for the title yesterday but I forgot so here it is today. It is what the crowds would shout at the Amphitheatre when the gladiators were fighting.  Kill him!  Beat him!  Pardon him! These were not easy times…

#1 The Mithreó House, a rather grand Roman residence that has mosaics, wall paintings, three patios, garden rooms, family rooms, commercial and industrial rooms and hot baths.  It is located outside under a protective roof.

#2 The Aquaduct of San Lázaro

#3 The Aquaduct of Los Milagros ( I think). There is some confusion over the name of this one.  Bob thinks he can hold it all up! 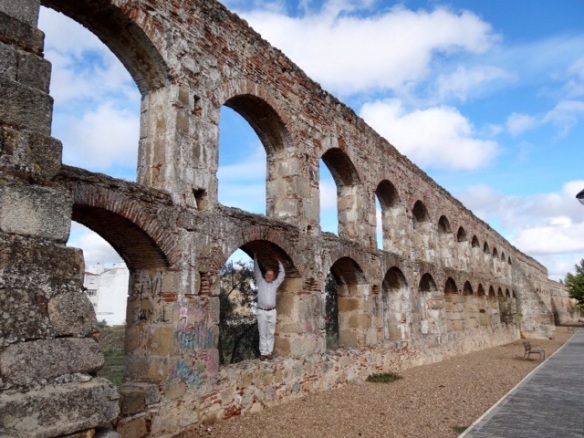 #4 The Circus, or Racecourse, which was a kilometer around the track, and they ran around this seven times during the course of a race!  We walked the track and out through the gates that the charioteers would have entered.  The Circus held 30,000 spectators who would often spend the entire day from morning to dusk watching the races.

#5 Excavations at Santa Eulalia Church.  These excavations are beneath the church and have the remains of four different times: Roman Houses, 3rd century, a Christian necropolis, 4th century, which contains a mausoleum for Saint Eulalia, a martyred child saint, a basilica dedicated to Saint Eulalia, 5th to 9th centuries, and the present day church from 1230 until now. 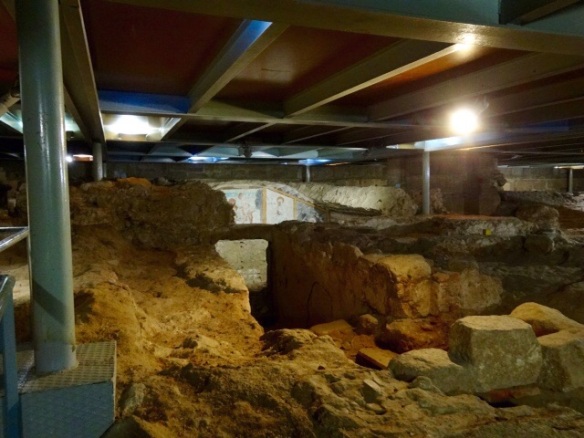 #6 As we are walking we come across the ruins of a Roman hospital and pilgrim’s hostel, built on the remains of the site of an earlier necropolis.  There are ruins everywhere in this city!

#7 Next stop is the Temple of Diana, which was built in 1 BC, and later had a palace built inside of it, which can be seen at the back of the temple.

#8 Plaza de Espana is next, and time for a much deserved rest and some tea and cookies.

#9 Trajano’s Arch which is 15 meters high and was once covered in marble. Part of it is now lower than the road that runs through it. The right hand pillar has an area around the column that goes down to the original base of the arch. 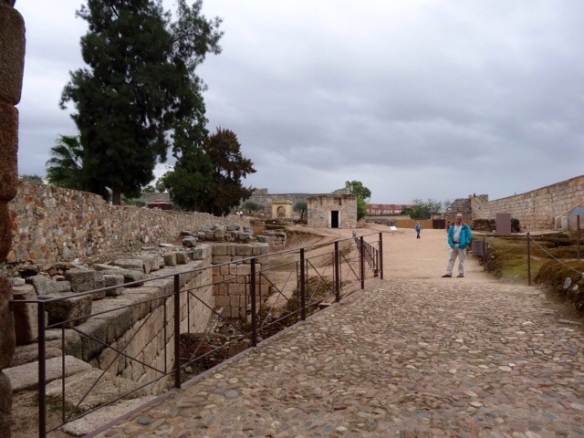 It has a really neat underground cistern that we walk down this tunnel to visit, complete with goldfish. 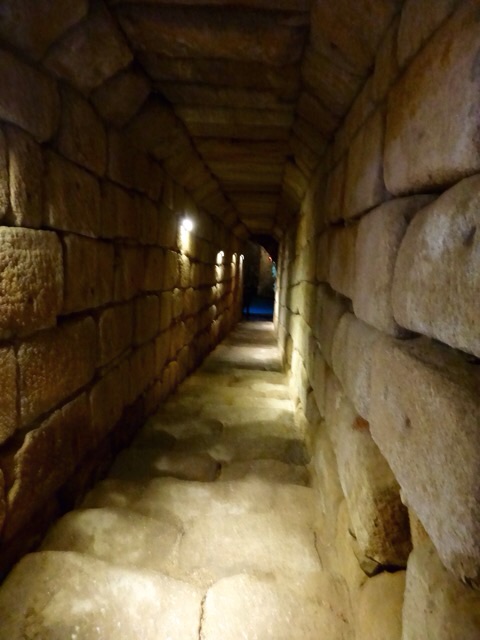 Bob is sure he can pick up one of these cannonballs.  What do you think?

#11 The Roman bridge over the Guadiana River which was built 2,000 years ago was still in use in the 19th century and became a pedestrian only bridge in 1993.

#12 The Morería Archaelogical Area is 12,000 square meters of ruins that had several modern building constructed over them in1980 in a way that allows visitors to still walk around the ruins.  It is quite something to see. Look closely, one of the pictures has me somewhere in it. 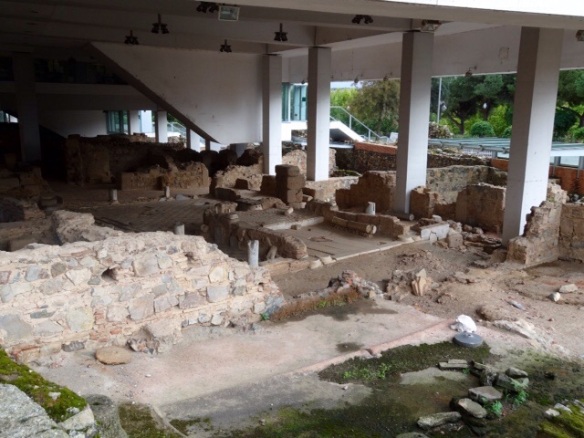 Whew!!  I can’t believe we managed to see all this, and it didn’t even rain on us.  Somehow we saw twelve different places, not the original ten Bob had planned for us!  It was a busy day but a very interesting one.